Ikdeep Singh’s journey from growing up in a small mining town in India to running multibillion-dollar businesses is an impressive one. Though it’s not surprising when you consider the resilience he’s shown and the personal philosophies he’s maintained to get where he is today.

During college, Ikdeep struggled to find a job, which makes a great story now considering that he has since gone on to build and grow some of the world’s most iconic brands at Procter & Gamble and L’Oréal. His high-profile roles at those companies brought him all over the globe—from North America to Asia and Europe—to live and work. Now he’s landed in Nashville as Regional President of Mars Pet Nutrition North America. His story is one that demonstrates how an unrelenting work ethic and hunger for experience can support a greater purpose of delivering innovative solutions that consumers crave. In his new role at Mars Petcare, Ikdeep is using his experience to drive forward data-backed innovation, brand evolution and the growth of thousands of Associates, all inspired by the company’s purpose of A Better World for Pets and passion for building strong relationships with pet parents.

I had the pleasure of chatting with Ikdeep about his fascinating journey and the lessons he’s learned along the way. Enjoy some of the highlights from our conversation:

●  Ikdeep’s two older sisters attended boarding school during Ikdeep’s formative years. That left him to grow up almost like an only child—but he fondly remembers spending his days with his best friend Susie, his pet English Bull Terrier.

●  Ikdeep’s dad was his role model growing up, and his career path had a lot to do with it. His dad rose from humble means to become a mining engineer, then a CEO, and ultimately started his own company. Ikdeep was inspired by the great responsibility his dad shouldered for business outcomes and the people whose livelihoods were directly affected.

●  When Ikdeep describes his dad, his words are steeped in admiration and truly paint a picture of how he views the most important man in his life: “He was like this larger than life person who was full of confidence and was taking responsibility on his shoulders with no problem.”

●  School mattered a lot growing up, and Ikdeep’s parents pushed him to excel. But he got a reality check as an undergrad while studying industrial engineering at Dalhousie University. His grades were great, but they weren’t enough to land him a job while in school. Time and again, he interviewed and never got a callback. Out of 34 people in his class, he was second-to-last to get hired.

●  The first role he accepted during college was as a process engineer at a paper mill. It was a nice-sounding title for someone who ended up making coffee, sweeping the factory floors and, sometimes, making PowerPoints or Excel spreadsheets. The details of the role weren’t important to Ikdeep. He was happy to be gaining experience to take to his next interview.

●  Ikdeep chose to study engineering because his dad ran a manufacturing business at the time. Naturally, he would need that type of schooling if he were to take over. But Ikdeep’s plans changed during college when his father’s business went bankrupt. Although an unfortunate experience for the family, it gave Ikdeep the freedom to make his own choices about the career path he’d pursue after graduation.

●  Fast forward a few jobs and two years later, and Ikdeep’s first post-graduation job was at P&G. He was put on a management rotation when he found his first love: brand management. Although it was not quite the industrial engineering career he imagined for himself at Dalhousie, he was passionate about problem solving and viewed brand management as problem solving for consumers.

●  Some years into his career at P&G, Ikdeep was working as brand manager of Pampers for North America when he was accepted into Harvard Business School. P&G offered to pay for Ikdeep to take an executive MBA program at Wharton that would allow him to work while attending school. Ikdeep pivoted and chose Wharton instead so he could remain at P&G while earning his next degree.

●  There is no substitute for on-the-job training. As an engineer, Ikdeep wasn’t taught sales and marketing in undergrad. Still, he excelled at P&G because the company invested in his development and he was eager to learn.

●  Being open and flexible also helped Ikdeep grow his career at P&G. For example, he was observing a big shift in the business toward Asia and asked to be transferred to China. That wasn’t available, so he was offered Taiwan. He could’ve said no, but he took the opportunity so he could prove himself, and eventually, they did send him to China.

●  You might be married to the idea of the end destination, but don’t let that dissuade you from the next destination. Keep your eye on the bigger picture and the steps that it will take you to get there.

●  Successfully climbing the ranks at P&G before moving into high-profile roles at L’Oréal is not a happy accident. Ikdeep firmly believes that exposure is the key to leveling up or opening the door to new possibilities. By meeting different people, you learn about other opportunities that you may be interested in exploring. When your curiosity is piqued, ask questions to get their first-hand knowledge of the skills you need to get on that path.

●  On what motivates him to continue on his path, Ikdeep said there are two main things: his work and people. He’s driven by the desire to build companies and brands in a sustainable way that ensures long-term growth. And—what is clearly his passion—is lifting up those around him and helping them succeed. In scanning his memories of the times he’s celebrated big wins, it’s not the achievement itself that sticks out—it’s the journey with the people he worked with to get there. “It’s because of these great people that the business success comes—it’s not because of me.”

●  If you fail, you need to recognize that you’ve failed, learn from it and bounce back quickly.

●  It’s important for your development and career growth to stretch yourself and take on assignments that push you in new ways. When you take on those difficult tasks, you build a toolkit that can help you survive.

●  When asked how Ikdeep sees e-Commerce transforming pet care, his current industry, he said there’s a channel shift in motion that brands need to prepare for. Ikdeep predicts a transformation similar to what the music industry experienced: The internet is where you go to buy your singles, but if you want an experience, you head to the store. If retail isn’t optimizing for experiences, he said, then it’s going to become hard for brick-and-mortar to survive in the long-term.

●  When Ikdeep landed in Taiwan, he was riding high. He had just finished his MBA at Wharton and was leading a $10 billion business at P&G. The small $35-$50 million subsidiary in Taiwan wasn’t at all intimidating. Ikdeep ran things as he had back home, applying the same strategy and tactics to a new market, and all the while talking a big game.

●  Then the numbers came in. Every month there were missed shipments, supply chain issues, and financial problems. Six months in, he got a reality check. One of the managers said to him, “I know you think you’re the cat’s whiskers, but if this doesn’t turn around, you might have to do something else in life.” It was the moment of clarity he needed. Ikdeep realized he didn’t understand the culture or know the language. He also wasn’t working with his team to learn about their problems.

●  That experience changed him. He started taking Mandarin lessons—every morning for two and a half years—and his lunches and even dinners were spent with his team so he could listen to them, understand the real issues and work with them. It helped him become grounded and better learn the details of the business. After that, things turned around for the business.

●  Failures can be the most formative parts of your life, and it was certainly a formative experience for him.

●  Cathy, Ikdeep’s wife, is also a career-driven person, having worked as a consultant at McKinsey for 13 years. When asked how parenthood changed their lives—they have two kids now—Ikdeep said it gave them a bigger purpose and forced them to be less selfish, thinking more about their kids and putting their needs first.

●  A clear example of how Ikdeep puts others first is his personal life hack for managing his energy and prioritizing what matters. What Ikdeep does is take every Sunday evening to map out the top three things that are most important to him, his wife, his kids and work that week. All of these items are given equal importance. Throughout the week, he does his best to address or finish each, but like any human, he sometimes comes up short. When he does, it’s often his own needs that have come last.

●  It’s important to be humble, he said. Don’t pretend to know things you don’t, and be open to asking others for help.

●  School is important, but real-world experience and staying current is even more crucial these days as tech, trends and behaviors rapidly change. What you did in the last one and a half years is more important than which school you went to 10 years ago.

●  Keep yourself educated on topics of interest and importance through exposure and seeking out information. Read, ask questions, attend seminars, watch YouTube, TED Talks, virtual events and the like.

●  Ikdeep is an avid reader, as you might imagine. His top three publications are Business Insider, The Economist and Fast Company. Some of the books he recommends are Platform Revolution, which dives into where value creation is headed in this new connected world, and The Company I Keep, a memoir by Leonard A. Lauder about his journey and the business, leadership and life lessons he learned after his 60-year tenure.

Through all the topics we covered in the interview, the common thread was Ikdeep’s honest desire to help the people in his life succeed, from his family to coworkers. It’s clear that his experience in Taiwan greatly influenced this perspective. And that perfectly ties in with Ikdeep’s point about exposure: in order to learn new things—to develop as a person and to grow your career—you need to put yourself in new situations with new people. Those experiences will shape who you become and which path you’ll take. 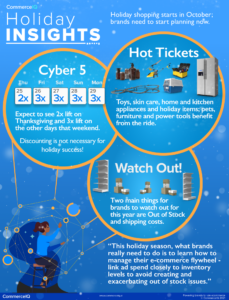 Cyber5 Holiday Tips: Don’t Get Caught with Your Stock Down!

Retail Media Comes Together with CIQ Advertising for Criteo 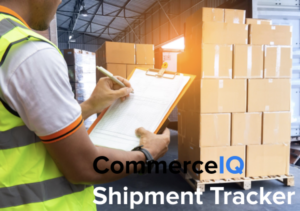